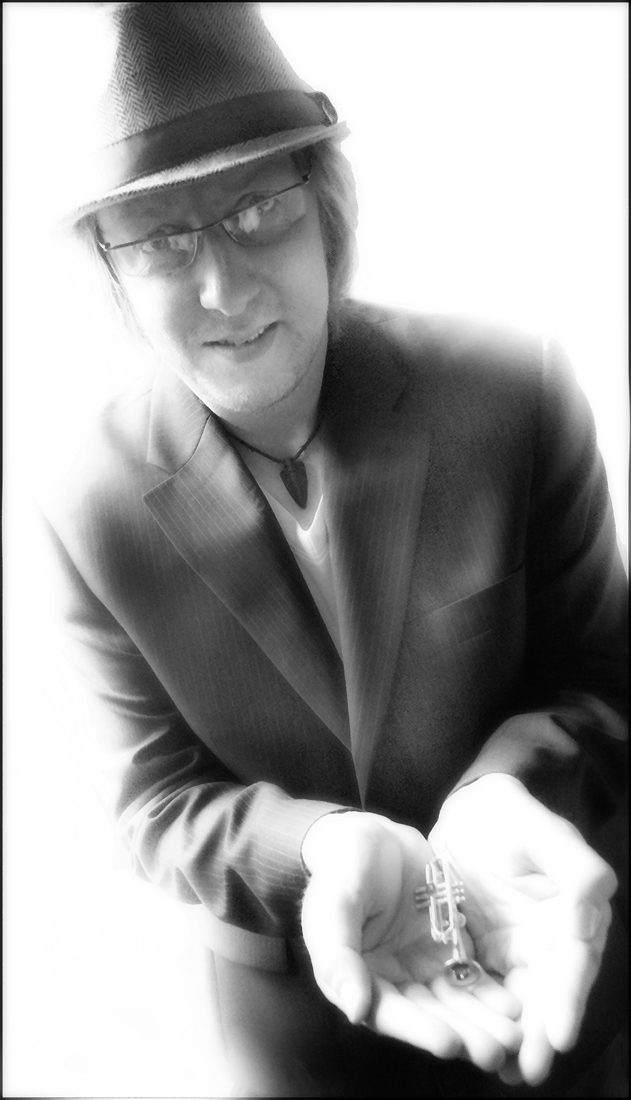 Portrait of Bryan taken at The Fiddle and Bone, Birmingham, April 2015

“I was thinking back to the ’70s rock portraits by Norman Seeff and how much I used to enjoy them. I wanted to capture something of the essence of that in my portrait of Bryan Corbett. So here he is offering you some jazz temptation from behind that veil that separates great musicians from us mere mortals.”  – Garry Corbett

As well performing under his own name and alongside a who’s who in jazz, Bryan (no relation) has performed with stars such as Ben E King, Tony Christie, Gary US Bonds, Jimmy James, Alesha Dixon and many others. He is a current member of  Us3, the jazz/hip-hop outfit and a regular special guest with Krakow’s famous jazz-funk outfit Funk de Nite.

He has toured and performed around the globe and as a guest artist and with his own quartet regularly performs in festivals, concert halls and clubs through out the U.K.
He is featured as a soloist or in horn sections on numerous recordings. He has also been featured soloist with the BBC Concert Orchestra and was a Jerwood Rising Star at Cheltenham International Jazz Festival. The Bryan Corbett Quartet has previously won the poll winner prize at Birmingham Jazz’s/now Jazzlines’ free Friday sessions in the Symphony Hall cafe bar in Birmingham.

Bryan has recorded numerous solo albums ranging from quartet and quintet recordings to the albums firmly in the electronic genre. His latest offering, Green, recorded and written with multi-instrumentalist Chris Dodd, has received positive reviews. The Green Quartet played a Jazz Services tour last year featuring original material from the album as well as instrumental covers of Black Sabbath.

Chet Baker She Was Good To Me (CTI Records)

Aloe Vera – the magical medicinal properties of this plant from the desert.

The Maldives – God’s teardrops in the Indian Ocean.