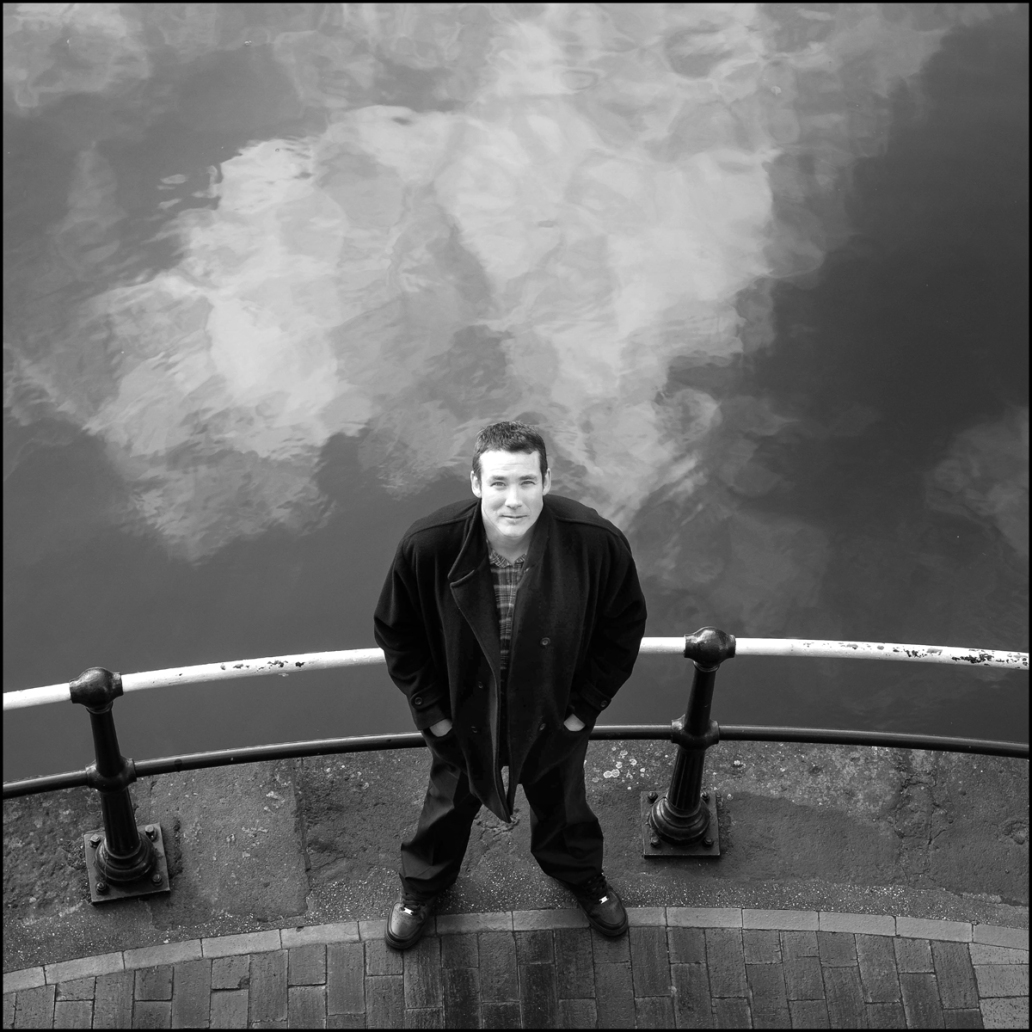 My portrait of Jim was made canal side near the ICC building in Birmingham on 7 December 2015. I decided to shoot a square format image, composing as though it were an album cover.

Jim has to be one of the hardest working musicians on the jazz scene. Born in Sutton Coldfield in May 1977 he began playing drums aged 13, influenced by rock and jazz. Self-taught for the first six years he then came under the tutelage of Steve Palmer, a musician he holds in highest regard.

As a member of Lluis Mather’s Quartet he played a part in winning the prestigious Dave Holland Award. Jim now runs auditions at Birmingham Conservatoire and organises workshops. He has worked with Cheltenham Jazz Festival for the past seven years running sessions with Conservatoire students and world renowned jazz musicians. He has also run auditions in Singapore and Kuala Lumpur.

In 2010 he toured with Icelandic guitarist Hilmar Jensson, John Brierly and Robin Finker performing original compositions as a quartet caled Construction. Joined by Tim Harries on bass they recorded their album Centreline Theory in October 2014. The album is currently available.

Busy was a word I used. Jim is an active member of no less than 20 ensembles. He tours extensively throughout the UK and Europe playing major venues and festivals. He has toured with Dave Sinclair of the band Caravan and in 2015 undertook a major European tour with singer Katie Melua.

I found our conversation so packed with enthusiasm for all he does quite exhausting. So, I was amazed to find that Jim practices between six to eight hours a day as time permits. To my comment, “that’s a day’s work,” Jim added, “I used to sit for longer each day on a digger when I worked in construction; drumming is a pleasure.”