That jazz festival that’s about to start in the British capital might be drawing a lot of attention but there are some extremely exciting events happening further north that deserve your attention. They explore the region where jazz and the cutting edge of contemporary composition overlap and include the world premiere of a new work by trumpeter/composer Percy Pursglove and a performance of John Zorn’s Masada music arranged for and played by a big band.

Huddersfield Contemporary Music Festival – or hcmf// – as it is much more hiply titled these days – is billed as the UK’s largest international festival of new and experimental music, runs from Friday 18 to Sunday 27 November, and there are three events which have specific interest for thejazzbreakfast readers, though I am sure there is much more in the programme that will excite and enthral.

But here is a bit about those three:

Percy Pursglove ranges far and wide as a player, from trumpet soloist with a big band or within a free jazz combo to double bassist in a gypsy jazz group, but the Birmingham musician is also making a strong name for himself as a composer – and one with a thing for texts and for voices.

His Jazzlines commission Far Reaching Dreams Of Mortal Souls used as its inspiration famous speeches, from Joan Of Arc to Malala Yousafzai (my review of its premiere is HERE). For Tender Buttons: Objects, Food, Rooms, commissioned by hcmf//, he has turned to the 1914 work of the title by Gertrude Stein. Pursglove’s facility in both written and improvised music makes him an ideal interpreter for Stein’s stream of consciousness writing. 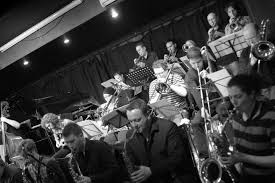 The festival, which celebrated John Zorn’s 60th birthday in 2013 with a series of concerts, welcomes his music back via some of The Book of Angels, from his mammoth undertaking Masada. The title is sometimes used to name his band, sometimes the specific collection of music he has written which he intends, in his own words, as “a sort of radical Jewish music, a new Jewish music which is not the traditional one in a different arrangement, but music for the Jews of today. The idea is to put Ornette Coleman and the Jewish scales together.”

Trumpeter Sam Eastmond and vocalist Nikki Franklin have rearranged some of The Book Of Angels for their Spike Orchestra, a band which comprises some of the finest musicians from the jazz and contemporary musical worlds. They recorded the music and it was released last year as Cerberus: Book Of Angels Volume 26 on Zorn’s Tzadik label. It’s an exciting blend of classic big band, klezmer and avant-garde jazz and there is a fine review of the album from Peter Slavid for London Jazz News HERE. 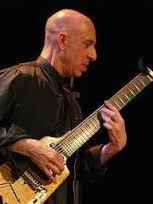 Also on Friday 25, preceding the Spike Orchestra concert, the American composer and guitarist Elliott Sharp will be playing the world premiere of his new work, Oceanus, with Ensemble Resonanz. Sharp is another musician who flies across stylistic boundaries and is as likely to work with pop singer Debbie Harry or rock guitarist Nels Cline as he is with a string quartet.