On Wednesday evening next week Birmingham Jazz Orchestra and their audience will sit on the Symphony Hall stage. But we will all be travelling- to Moscow, Stockholm and Reykjavik up north, to Bilbao and Marrakech down south. And we’ll be stopping off in Scotland to say hi to Robert Burns along the way, and who knows where else… 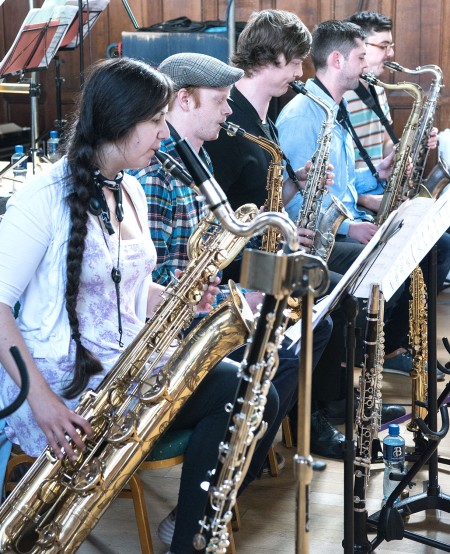 In a city jazz scene where there are constant new things to get thrilled about, the Birmingham Jazz Orchestra (or BJO as we shall call it) is, for me, the most thrilling new thing in many a year. A band made up of the brightest, boldest, often youngest professionals making jazz in Birmingham, playing all original music composed and arranged specifically for this band.

The group already has two albums under its belt: Burns and Rough Boundaries, the former released last year, the latter a month or so back and receiving its official launch on Wednesday 21 September.

I spoke to trumpeter, composer and founding director of the BJO, Sean Gibbs:

I wondered: how did the BJO come about? Did he need a band to play his Burns suite or had he been thinking about it for a while?

“Myself and others, including David Ferris and Hans Koller, had noticed that there was a lot of great big band music being written by Birmingham based musicians, but a lack of opportunities to have it performed. We had the idea of setting up a jazz orchestra devoted to playing original music written by musicians associated with the Birmingham jazz scene. The fact that I was planning to write the Burns suite of course gave me an extra incentive to make it happen.” 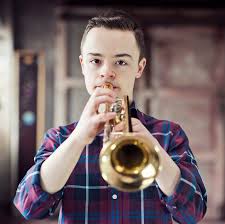 “The band was set up with the motives mentioned above, and not just as a means to play my own music. Our repertoire now also includes Jacky Naylor’s Rough Boundaries suite and an ever growing ‘pad’ of compositions written by various musicians associated with the Birmingham jazz scene. I’d like it to represent the thriving community of jazz composers in the area, of which I am just a small part!”

What would the band be playing on the 21st?

“We’ll be focusing mainly on Jacky’s music as we’re using the gig to launch the Rough Boundaries album. The rest of the performance will be made up of one piece from my Burns suite and a selection of other compositions by various people from the aforementioned ‘pad’.”

Did Sean write with specific players in mind? How important was it to keep the personnel fairly consistent?

“One of my favourite things about being a jazz composer is getting to hear musicians put their own stamp on your pieces and take them to new places. I definitely wrote Burns with this in mind, trying to create somewhat bespoke solo sections which would utilise a certain player’s personality. Hearing your friends bring these sections to life is very rewarding!

“The personnel of the orchestra stays fairly consistent but it is flexible. You’ll notice that Jacky’s album has a slightly different line up to mine. This comes down both to availability reasons and bringing in certain musicians with whom the composer has built up a working relationship. ”

So with two substantial suites in the band’s repertoire what was next?

“We definitely want to continue our focus on playing new, original music. We have a collaboration with composer Tom Haines coming up in December and a possible project with Andrew Woodhead in the pipeline (watch this space!).”

Finally, as the Birmingham Jazz Orchestra had its firm roots in the jazz course at Birmingham Conservatoire, I went to that institutions head honcho, Jeremy Price for his view of BJO. He responded enthusiastically:

“The Birmingham Jazz Orchestra is the latest positive sign of the maturing jazz scene in Birmingham. It’s an indication that the City of Birmingham is fertile ground for those seeking a creative professional life, where musicians can gig and teach against the backdrop of a creative community of like minded jazz musicians.”

But he also voiced an ambition for the band:

“This band needs to position itself to draw down major grants and awards in order to become an important cornerstone of the professional scene for jazz musicians living in Birmingham. It certainly has the potential to do this.”

Hear, hear to that! And to hear, hear the band in person, get along to Symphony Hall on Wednesday 21 September. A whole world awaits!