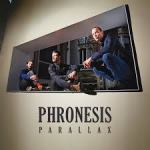 This is the sixth album from the Anglo-Scandinavian trio of double bassist Jasper Høiby, pianist Ivo Neame and drummer Anton Eger (well, very nearly – Eger’s place was taken by Mark Guiliana on one of them; the pianist was Magnus Hjorth on another) and, without wanting to diminish this latest release in any way, the developments are starting to get less dramatic.

You know how hi-fi buffs say when you get to a certain stage you have to pay an awful lot more money for a marginal increase in quality? Well, I guess jazz groups can be similar. This band was exceptionally good at the beginning – it’s only just over 10 years since they formed – and has developed considerably since then, the fruits of a lot of touring and a lot of playing not only with each other but in other bands. But there comes a point when the quality of the playing is so high, the empathy between the three so strong, the sensitivity to each subtle nuance so acute, that another year of playing lots of concerts, and more time in the studio adds more finesse rather than a completely seismic shift.

It also helps if you hit upon a winning way of working together early on, which I think Phronesis did. They have never seemed broken and therefore there has been no need to fix anything. It’s a question of just making it that little bit better with each new recording.

Parallax was recorded in one day at Abbey Road Studios in London last autumn, and characteristically spreads the nine tracks equally between the three composers.

It is bookended by two Eger compositions, 67,000MPH and Rabat, each mining that fruitful seam of Middle Eastern-tinged harmony, complex time signatures and unusual rhythmic stresses that Phronesis does so well. These tracks highlight the way in which these three players can move seemingly as one. I try to steer clear of quoting press release hyperbole but the release with this disc has it spot-on when it states: “The music they make is lithe and supple, with the added spark that takes such fluid mobility beyond mere gymnastics on to balletic heights.”

Høiby quietens the pace a little with his composition Stillness, and we hear him on bowed bass, Eger providing a whole world of percussion from deep toms to skittering and sliding cymbals, Neame picking out circling motifs and pedal rhythms in equal measure. But even here the band cannot stay serene for long; fidgety is how they like to be, so before Stillness is over the pace is back up and the band is cooking once more.

Neame’s Kite For Seamus broadens the mood to wide-screen cinematic, or perhaps skywide is the more apt metaphoric region – Høiby certainly gets a generous amount of clear air for his solo in this one. The bassist’s Just 4 Now is pithy – a mere three and a half minutes – but packs a lot in and does encapsulate the Phronesis hallmarks: busy rhythmic patterns with all three in tight sychronicity, the piano chords widening almost diaphonously at times over the top while bass and drums dance beneath. The third Høiby composition, A Silver Moon, explores a more rhapsodic mood.

That last named is something of a blessed relief for, if I have one slight niggle about this album, it’s that it can feel a little exhausting (granted that could just be my advanced years…). A collection of songs recorded over a greater period, with different prevailing atmospheres, might have provided more range in the moods over the duration of the programme, but then the energy and intensity of getting this album done in a day, of capturing a moment in a near live studio setting, would have been lost. So, I’m aware it’s daft to talk about spending some time on the gentler swings when the roundabout is this exciting.