Here are some of the music I was listening to this month which I couldn’t devote full reviews to:

Mo’ Blow – Live In Berlin (ACT): Among the funkiest of young German jazzers, this quartet had some special guests in for this live performance – among them singer Pat Appleton, violinist Adam Baldych and singer/trombonist Nils Landgren. Felix Falk gets some wicked sounds from his baritone saxophone and he also plays didgeridoo. The most striking thing about Mo’Blow is not the solos but the ensemble playing – it’s always tight, energetic and exciting. If some of the writing – No Particular Way, for example – is pretty thin, well it’s not about sophisticated harmonic development, I suppose.

Cyrille Aimée – Let’s Get Lost (Mack Avenue): The French-born singer now settled in the States won the Sarah Vaughan international Jazz Vocal Competition in 2012 and this is her second CD for Mack Avenue Records. She has a breathy, sometimes slightly girly tone which recalls Stacey Kent but which also often has the timbre of a muted trumpet. The instrumentation she chooses  – two acoustic guitars plus bass and drums – gives a gypsy jazz feel to the compositions which range from Stephen Sondheim’s Live Alone And Like It to the title track made famous by Chet Baker, taking in songs in Spanish and French along the way. She takes the standard Three Little Words at a fair pace, giving her band some room to stretch out.

Erik Truffaz Quartet – Doni Doni (Parlophone): The French trumpeter is a hugely popular recording artist, his blend of hip jazz attitude and catchy pop tunes really appealling to a wide audience, dedicated fans whom I suspect have a lot more world and dance music on their phones alongside Truffaz’s music. This one features his quartet and has the Malian singer Rokia Traoré and the French hip-hopper Oxmo Puccino as guests. The Puccino track sounds really dated – it works about as well as the jazz/hip-hop experiments of 15 years ago. By contrast, the four Traoré tracks are among the album’s highlights. Themes come and go throughout and it feels in some ways like a suite of linked but subtly different moods. 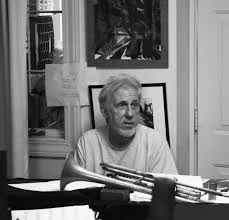 Ran Blake – Chabrol Noir (Impulse!): The American pianist – now 80 years old, can you believe – has an abiding interest in cinema and especially its noir subgenre. Here he turns for inspiration to the films of Claude Chabrol. Most of the album is Blake alone: short, pithy sketches which use tense crunch chords high in the right hand to contrast with unsettling low, left-hand lines. For a half dozen he has Ricky Ford on tenor saxophone to increase the tension and draw out the dramatic storyline. The composers include Brahms and Abbey Lincoln. Highly atmospheric and cliché-free music.

Lew Tabackin Trio – Soundscapes (Lew Tabackin): The tenor man I still associate most strongly with the jazz orchestra albums of his wife Toshiko Akiyoshi has the kind of flowing way of improvising that can really only come with age. Now 75 he sounds in fine fettle here. With bassist Boris Koslov and drummer Mark Taylor, this is a modest affair recorded in a Manhattan drum shop. The programme ranges from Tabackin originals to John Lewis’s Afternoon In Paris, Harry Ruby’s Three Little Words and and Billy Strayhorn’s Day Dream. For Yesterdays (recorded in Tabackin’s basement),  Ellington’s Sunset And The Mocking Bird and his own Garden At Life Time, Lew switches to flute. An intimate and relaxed treat.

Robert Landfermann – Night Will Fall (Pirouet Records): The bassist from the Pablo Held Trio has a two-saxophone quintet with Jim Black on drums. Most of the music is by Landfermann, with a traditional tune and Paul Motian’s Arabesque the exceptions. It’s a space-filled affair – often there are just two or three instruments playing at the same time, and there is a blend freeish sounding sections with quite stern, complexly accented written sections. Easier to admire than to feel much warmth for.