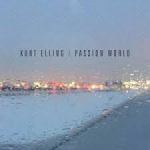 Back at the Cheltenham Jazz Festival last year the U.S singer (arguably the finest male singer of his generation) was road-testing the concept of a world tour in song. This is it, with an impressive range of material as Elling continues to test himself for versatility.

We get the Loch Tay Boat Song from Scotland (with the Scottish National Jazz Orchestra and its saxophonist leader Tommy Smith in support), French accordionist Richard Galliano is on hand with his composition Billie (dedicated to Billie Holiday) to which Elling has added a lyric and called it The Tangled Road, and Karolina Strassmayer and the WDR Big Band assisting on Edith Piaf’s signature song La Vie En Rose.

Cuba gets a visit with Si Te Contara, while Ireland is represented by U2’s Where The Streets Have No Name, and Iceland with Bjork’s Who Is It. Another Cuban piece, Arturo Sandoval’s Bonita Cuba, is a special highlight – Elling gives it lyrics reflecting the trumpeter’s mixed feelings about his home and his life in exile from it, with Sandoval and his band on hand to play the heartfelt tune.

Where would the jazz world – and the passionate world too – be without Brazil? Kurt has some assistance from Sara Gazarek on the vocals of Você Já Foi À Bahia. More surprisingly, Elling tackles a German lied, Brahms’s Nicht Wandle, Mein Licht, and of course carries it off with aplomb. The album closes with a beautiful reading of the James Joyce poem Where Love Is, set to music by Brian Byrne.

He may not always sound at his most natural when singing in French or German or Portuguese, but he is savvy and well-travelled enough to know what he’s doing: “Part of my joy as a singer is to give gifts to people, and one way I try to connect to them is add something in French, or German, or whatever. It’s the one time during a performance where people see me being very vulnerable in their context, instead of them feeling vulnerable in ours. And if I mess up, they seem to appreciate that I tried.”

Here is a live version of Loch Tay Boat Song to give you a taste. Kurt’s delicate phrasing, the understated – and all the more effective for it – arrangement, the Smith tenor solo – all combine to give it a special magic: