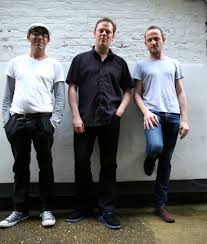 A band line-up that has been insufficiently explored – certainly compared to the piano trio – and has great potential as well as promising a fine time is the organ trio: Hammond organ, guitar and drums.

The good news for us is that guitarist Phil Robson is the latest Christopher Columbus – or should that be Indiana Jones? – to head out intrepidly in search of the special within this specific musical continent.

With Phil, best known for co-leading Partisans and being musical director of  Christine Tobin’s band, are his Partisans fellow, Gene Calderazzo, on drums, and Ross Stanley on a modern, more compact version of the Hammond.

Whether as an innovative leader or a generous sideman, Phil has always managed to be true to the classic jazz principles while pulling the music in new and original directions, so I’m fascinated to hear how he will bring his own modern ideas to the traditional organ trio. Reports from other gigs suggest it has been proving a hit.

A review of the band’s performance at Stratford Jazz reads thus: “The tremendous power and subtlety from Gene Calderazzo ensures that the music swings like mad, Ross Stanley on Hammond went from his flowing and lyrical playing to some raw and percussive grooves, and Phil Robson displayed fine leadership skills to complement his playing and writing.”

The Phil Robson Organ Trio is at The Red Lion in Warstone Lane, Jewellery Quarter, tomorrow evening from 7.45pm.

This is a Birmingham Jazz presentation, tickets are £12 and there is more here.

So that’s the highlight and there are more guitarists to come, but first this jazz week kicks off tonight at The Yardbird, just outside Paradise Forum, with Hansu-Tori, the band that rose out of pianist David Austin Grey’s Greyish Quartet.

The name means water bird in a combination of Korean and Japanese, and with Grey are Sam Wooster on trumpet and electronics, Nick Jurd on double and electric basses, and Jim Bashford on drums.

The music is all by David and the band has recently been recording so expect it to be tight and impressive.

Hansu-Tori are on from 9pm, the Amy Hall Quartet is on from 8pm and there is a jam session from 11pm. Entry is free but it’s good to give a donation. This is a Beat City event – more here.

Jump to Tuesday and you have two choices: one of the finest young jazz groups in the country or a jazz-rock legend. 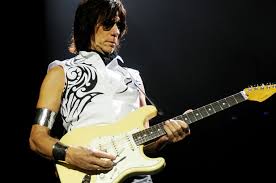 The legend is guitarist Jeff Beck who is playing at Symphony Hall. His band includes bassist Rhonda Smith on bass and Nicolas Meier on guitar.  It starts with support form Mike Sanchez at 7.30pm, tickets are £34.50 to £37.50, and there is more here.

The fine young jazz group is the Jonathan Silk Quintet – Jonathan on drums, Chris Mapp on bass, Andy Bunting on piano, and Nick Rundle and John Fleming on tenor saxophones. They play at The Spotted Dog in Warwick Street, Digbeth.

The music starts at 9pm, there is a collection for the band, and you will find out more here.

Tomorrow: Guitarist Tom Ford has Sam Watts on piano and Mike Fletcher on alto saxophone – the band is called Horse House and it’s in the Symphony Hall cafe bar from 5pm. Free entry.